Meet our CEO and Vice presidents. 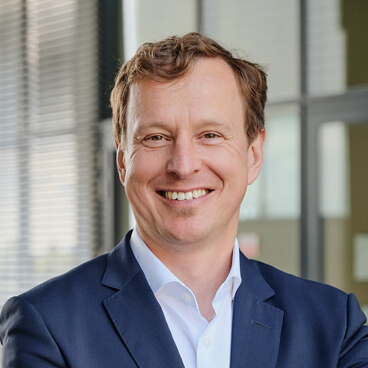 After graduating from university, Petr Dvořák gained business experience as a manager at hair care company Lybar. He then spent two years at the marketing department of Nestlé. His telecommunications career began in 2001, when he joined T-Mobile, holding various management positions for over 10 years. In 2008, he was appointed chief marketing officer. In 2012, Petr joined Vodafone as Vice-President for Non-Business Customers, becoming Chief Executive Officer of Vodafone Czech Republic in 2018.

When he isn’t coming up with new company strategies, Petr spends time with his wife and two children. He also enjoys long-distance running, cycling, and skiing. 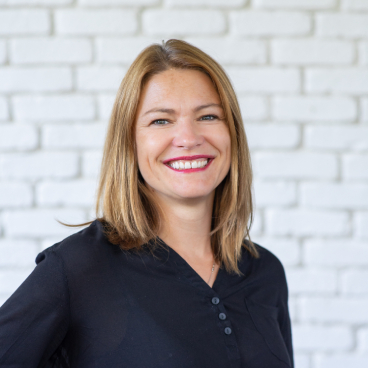 Magdaléna joined Vodafone as a Director of Development and Talent in 2018. She became VP of Human Resources three years later in September 2021. She claims that without educating people, the company loses its productivity. She believes Vodafone can be a successful employer only when it helps people to develop competencies that they can apply across multiple fields and roles. Another key area Magdaléna supports in many ways is providing flexibility to employees.

She also leads the Asset Management Team, which ensures the smooth running of corporate life. Her team introduces inovative technologies into Vodafone building's operation and seeks a balance between innovation, energy efficiency, and employee satisfaction.

Before joining Vodafone, Magdaléna worked for Microsoft and GE Money Bank. She also has experience from abroad having worked in USA and Germany. She graduated from the University of Economics in Prague and prefers to spend her free time actively outdoors with her family. 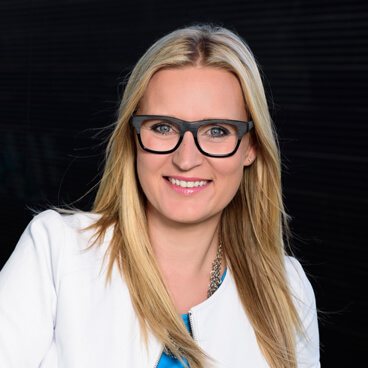 Veronika began her career as a Sales Representative at Eurotel, where she worked her way up to become a National Sales Department Manager. She used her experience not only in her next role as a Chief Information Officer at SGS company, which focuses on telemetry and monitoring systems, but also later when she returned to telecommunications and became a Sales Director in the Department of Small and Medium-sized Corporate Segment at the Telefónica Czech Republic.

Between the years 2014 to 2020, she was CEO of the Xerox Czech Republic, Slovakia, and Hungary, leading three completely different markets. In September 2020, she became a board member of Vodafone Czech Republic to be in charge of Care and Sales. She moved to the position of Vice President for Corporate Customers in June 2021.

Veronika has been an active mentor for several years, supporting several charitable projects. She is a passionate traveler, she loves cycling, running, and spending her free time with her husband and friends. 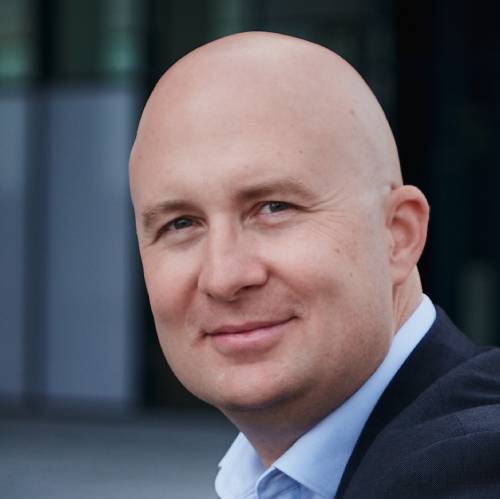 Jan Klouda graduated from the Faculty of Law of Masaryk University in Brno and started his Vodafone career in 2007, as head of the legal department. Since 2011, he has been the General Counsel of the company, with responsibility for legal affairs, compliance, business risks and corporate security, including fraud prevention, investigations and business continuity. After the acquisition of UPC Czech Republic, Jan became Vice-President for Legal Affairs, Risk Management and Corporate Security.

As a member of the American Association of Certified Fraud Examiners, he is a certified investigator (CFE). Jan completed post-graduate studies at the International Compliance Association, where he is a Fellow. He supports the development of corporate governance and compliance culture in the Czech Republic through teaching and giving lectures.

Prior to joining Vodafone, Jan Klouda headed the legal department of UPC Czech Republic, was a lawyer at Eurotel Praha, and worked in the legal profession. 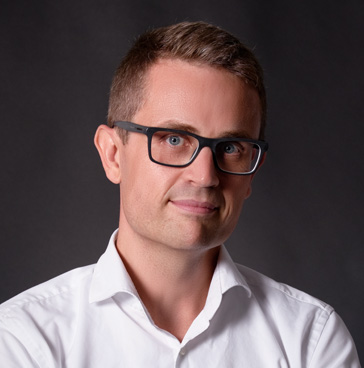 Milan Kníže returned to Vodafone Czech Republic in April 2017 after two and a half years as finance director for Africa at Vodafone’s London headquarters. There he was in charge of financial management, planning and key mergers and acquisitions activities in Africa. After joining Vodafone in 2007, Milan worked as Head of Financial Planning and Strategy, responsible for the planning process and a cost-reduction programme. He contributed to the implementation of key strategic and business initiatives and worked at the Vodafone Group and in the marketing department.

He holds a master’s and PhD degree in Information Technology and Electrical Engineering from the Czech Technical University in Prague and a degree in Finance at the University of Economics in Prague. Milan spends most of his free time with his two small sons and also enjoys playing the guitar. 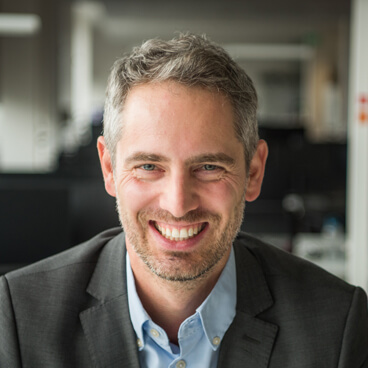 Vice President of Strategy and Integration

Jan Kohout has extensive experience in the field of telecommunications thanks to his previous jobs at O2 and GTS Novera. He came to Vodafone directly from UPC Czech Republic, where he worked as CMO. First, he was responsible for the UPC Czech Republic, and Slovakia marketing strategy. After that, his responsibility was the development of Internet and television services across Czech Republic, Slovakia, Hungary, Romania, and Poland for two years.

He graduated from the Czech Technical University in Prague and subsequently expanded his education through several executive programs at INSEAD, in the field of digital transformation and innovation.

He enjoys spending his free time with his two children. He also loves cycling, jogging and playing squash in summer, as well as freeride skiing in winter. 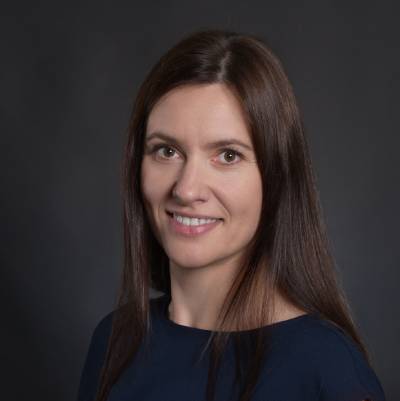 Anna joined Vodafone in 2001 and has since progressed through the company. In her current role, she takes care of our shops network and telephone-based customer care and sales. Anna started out at Vodafone as an analyst in risk management. She continued as a team leader in various areas ranging from analytics and planning, quality and training, complaints, and new systems design to customer experience.

Anna successfully graduated from the international talent programme, which she completed while working at the headquarters of Vodafone Italy in 2013-2014. After returning to the Czech Republic, she took over responsibility for care and sales, and has been Vice-President for Care and Sales since November 2018.

In her spare time, Anna enjoys travel, spending time in the mountains, and nature photography. 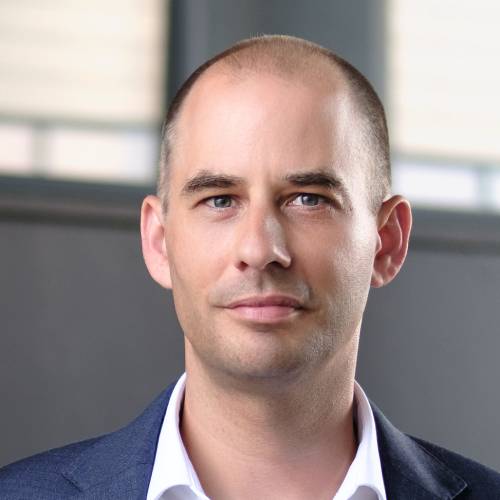 Richard Stonavský has been responsible for Vodafone’s external relations and regulatory strategy since 2011. In this role, he represents the company's interests in dealing with Czech and EU regulatory authorities and public institutions. He also represents Vodafone in professional and industry associations and supports various innovative corporate projects.

Before joining Vodafone, Richard Stonavský was responsible for regulatory matters at T-Mobile and Aliatel and worked as an assistant at the Senate of the Czech Parliament.

He graduated from the University of Economics in Prague and Sheffield Hallam University.

He recharges his batteries by travelling and spending time in the mountains. 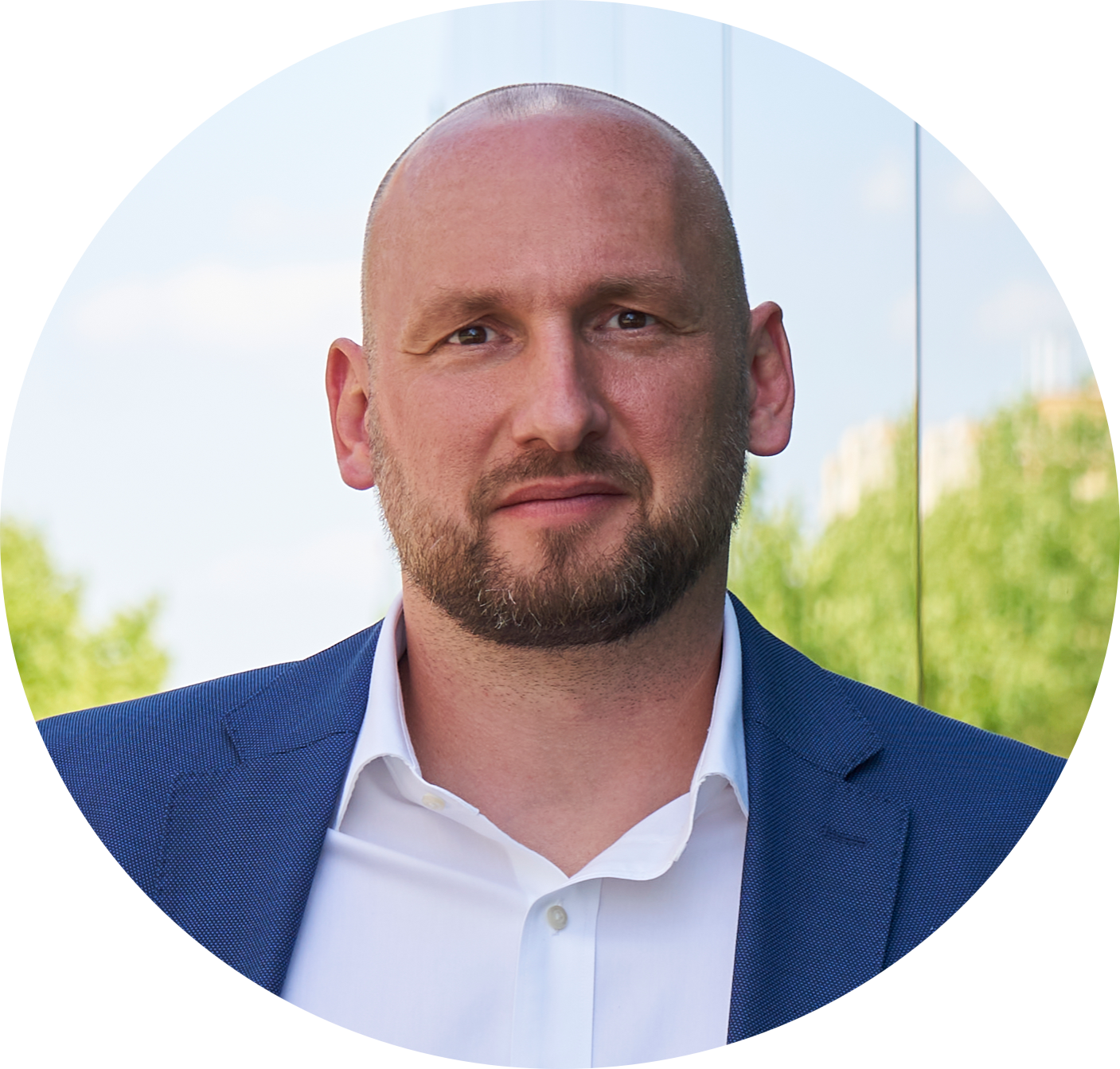 Petr started his journey as a Vice President of Information Technology in September 2021. He came to Vodafone from the banking sector, the Slovenian NLB Group, where he worked as COO. Previously he gained experience at Home Credit or GE Money.

His priority is to develop internal cooperation within the company so that Vodafone can implement its commercial strategy and succeed in Telco by providing new services.

He focuses on improving digital services for our customers, simplifying IT, automating, and accelerating deliveries. In his free time, he likes to play sports. 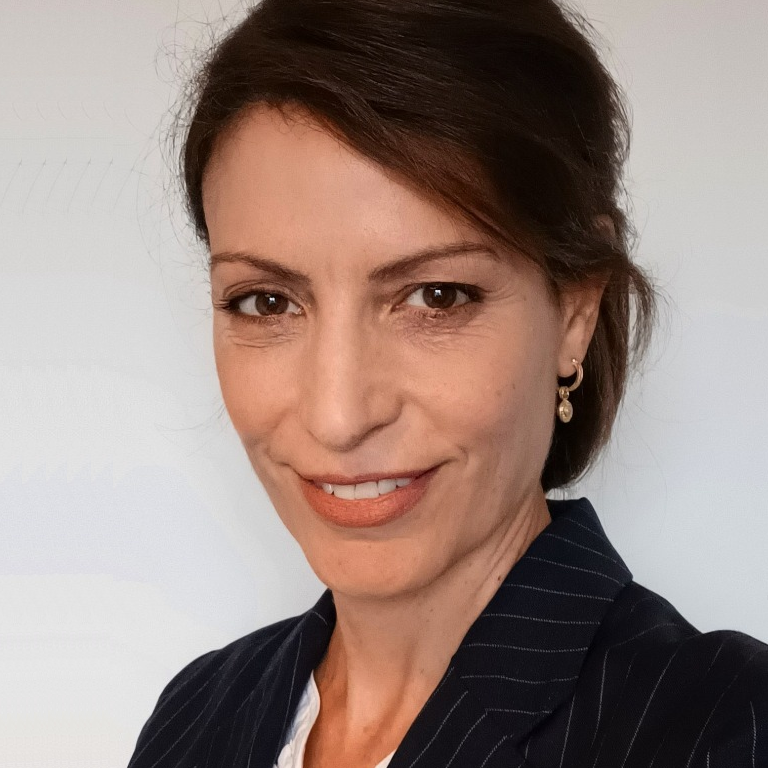 Zohar came to Vodafone Czech Republic in January 2022 from its London´s headquarters, where she most recently worked as a Sales Director for European market, incl. Turkey and Egypt. She managed an "always-on" digital marketing strategy across Vodafone Group. This strategy focuses on continuous communication with our customers.

She launched the global transformation program focused on Digital Customer Value Management which helps to determine what is important for customers during their purchasing process.

She joined Vodafone in 2012, having previously worked for 14 years in Israel for several organization and companies in telecommunication sector.

In Czech Republic, she is responsible for the B2C sales, all the customers with private number or prepaid cards.

In her free time, Zohar spends it with her family, practices yoga and enjoys hiking. 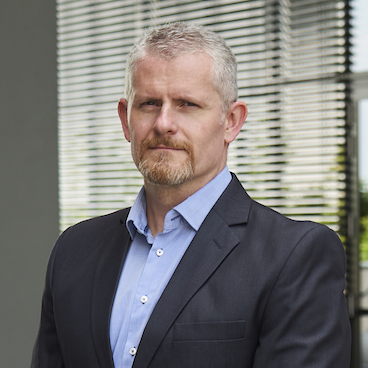 Mirek joined Vodafone in 2006 as a Network Architect. Later, he was in charge of Access network strategy, development, and central network management for several years. He introduced new network features and helped to form a team that is responsible for the stable operation of the Vodafone network.

He was significantly involved in managing several Vodafone key projects. Including the 3G, 4G, and 5G networks launch, the first 5G holographic call in Karlovy Vary in 2019, the construction of Narrow Band for the Internet of Things (NB-IoT), and Prague's metro mobile signal coverage. He was also responsible for integrating fixed networks acquired through the acquisition of UPC into Vodafone's infrastructure.

Since February 2022, he has held the position of Vice President for Network Operations and Development. He graduated from the Czech Technical University. Before joining Vodafone, he worked for several years at T-Mobile CZ and T-Mobile International in Bonn.

In his free time, he spends it with his family, he likes to travel, he also loves nature and enjoys fishing.